Prolonged Pain in a Persistent Pandemic by Petra Pierre - Robertson

And God shall wipe away all tears from their eyes; and there shall be no more death, neither sorrow, nor crying, neither shall there be any more pain: for the former things are passed away. (Revelation 21:4) Almost two years, and two Christmases later, the statistics with regard to COVID are the worse to date in Trinidad and Tobago: 964 cases and 37 deaths. For some, this may represent figures. For me this is painful. I find myself closely monitoring the deaths of children, youths, parents, siblings, friends, colleagues, neighbours, schoolmates and other persons whether in or out of my network. These are human beings cut down by a pandemic, whether toddlers or seniors Fresh graves overrun with flowers A sad story was relayed to me by a relative of a COVID victim after attending the funeral. This is the account from a Christian who would have attended several funerals over his lifetime to minister to grieving families. According to him the cemetery was depressing. A section of the c
4 comments
Read more 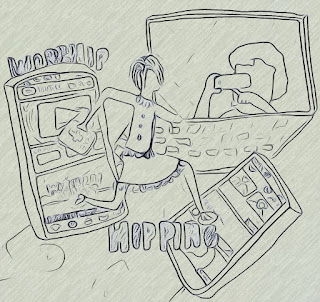 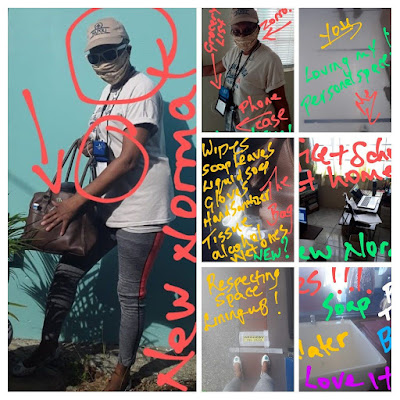 The New Normal On April 29, 2020, at the daily press briefing, the Chief Medical Officer of Trinidad and Tobago officially began the operationalisation of the 'New Normal'.  This he said, was the forerunner to any possibility of easing restrictions. He inroduced six aspects of the 'New Normal' : Washing Hands Cough Etiquette Social Distancing Use of Masks Sanitisation of Surfaces Stay at home if unwell So let's pick up from where I left off yesterday morning with regard to this 'New Normal'.  My Facebook post read: "The New Normal... 🤔 Only the masks is new. I surmise that we should have been washing hands regularly, covering mouths or coughing into crook of arm, sanitizing surfaces before using them, staying at home if feeling unwell and respecting peoples personal space and not be up under them in a line. I surmise...  A positive from COVID-19 is that old practices we should have been engaging in, but flippantly ignored are no
Post a Comment
Read more

Wireless has wired us more... 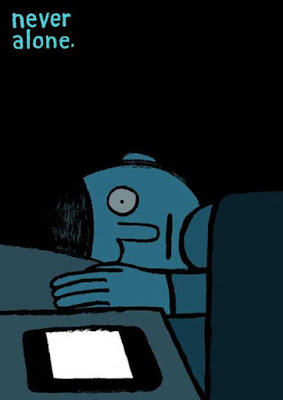 Jesus spent 40 days alone in the wilderness. Shouldn't we  be able to take advantage of this 'time off' from physical human, groups and gatherings to introspect? Quiet time in self reflection with God is critical.    Instead, here we are, complaining about being locked in, after just a couple weeks in quarantine. Yet we are   not alone .  https://klyker.com/people-hooked-modern-technology/illustrations-modern-technology-slaves-20/ People are now closer than before; crammed in hitherto private spaces: bedrooms  toilets, living rooms  beds to name a few.  Social media has infiltrated our lives making quarantine more of a public affair than a private one. Although physical bodies are isolated,  mindsets and mentalities are bared; privacy is shattered.  Zoom! Zoom! Zoom!   This is the new normal.  Virtual reality is now an  overcrowded space.  New passengers are hopping on daily and causing more jam on the superhighway. Wireless has wired us more!
2 comments
Read more 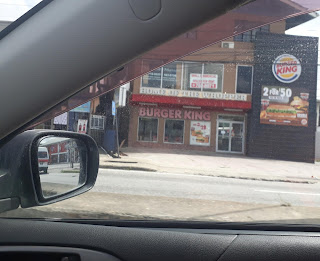 Deserted street.  Closed restaurant. Covid Times, Curepe Trinidad April 2020 On Thursday March 12, 2020, Trinidad and Tobago had recorded its first case of the Covid 19 virus.  By the next day, Friday March 13, 2020, it had recorded its second case.  Prime Minister Dr. Keith Rowley, cognizant of the havoc the virus was creating in other parts of the world,  immediately announced the closure of Schools and Universities in the Twin-Island Republic.  From then on, Press Conferences were held every other day, then daily as the population was engaged in the fight against Covid 19. The Press Conferences grew in popularity as the Prime Minister, Minister of Health, Chief Medical Officer and National Security Minister became the stars of what was seen by the population as a daily 'morning-show'.  Notable quotes, expressions and words surfaced from these briefings.  I am providing here some of the vignettes that stood out for me.  Some are direct quotes and others have been
Post a Comment
Read more

The Simple Things in Life 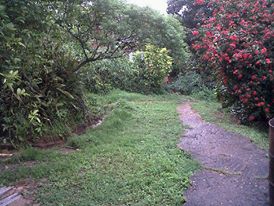 The simple things in life The supplies are thinning. You stand in the kitchen. You haven't been anywhere in over two weeks!  You have been heeding the call to stay home. The kitchen curtain blows into your face accompanied by a cool breeze which encircles you. The sound of singing birds sails in on the wind.  You pause in your deliberations. When last did you feel the curtain fly into your face? Or hear the sound of birds in the middle of the morning.  It was worth eating 'baked beans' to be reminded of the simple things in life;  simple things hitherto blinded by the bustle of work during the week, church things on Sabbaths, and the Sunday hustle to prepare for the recurring bustle.  The ongoing cycle of hurrying from one activity to the next. Covid forced me to stop and  embrace the simplicity of a walk around the house, fresh air from the back window, a pause  on the limb of the mango tree; it caused me to appreciate the the feel of a curtain flung into my
4 comments
Read more

Why is this happening? 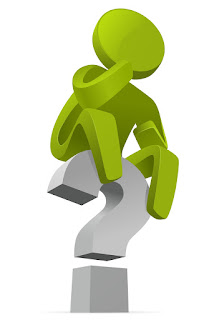 Why is this happening? This preliminary post is triggered by a question asked by Antonio:  "Why is this happening? Who wants to be a follower of someone who is killing millions of people just for the purpose of saying 'follow me?'  For us to be more in touch with ourselves? What is the greater purpose?  Please share your thoughts." I guess many other persons are asking the same questions.  I myself have been mulling over this crisis.  I have privately chronicled so many thoughts since this epidemic, now pandemic, unfolded. I will share some of them in this blog.  Do also feel free to post your feedback. This was my response to Antonio:  " Hi Antonio. The only answer I have to 'why', from a Christocentric perspective, is 'the sin problem'. It does not give God any pleasure; nor does it put the love of God in question. God wept when Lazarus died, even though He is the Resurrection and Life (J ohn 11:25 ). If in this life onl
Post a Comment
Read more

Petra Pierre - Robertson
Petronetta (Petra) Pierre – Robertson (BA - English, MA - Literature, MLS) is a Former Library Director, Documentalist Librarian and an Author who loves to make #ImaginationComeAlive. She is the author of five novels - 'No Guarantee', 'The Uncontrollable Flame', 'Second Chances', 'Lost in the Hills' and 'The Sixth Day'. She has also authored short stories and other writings both academic and non academic.